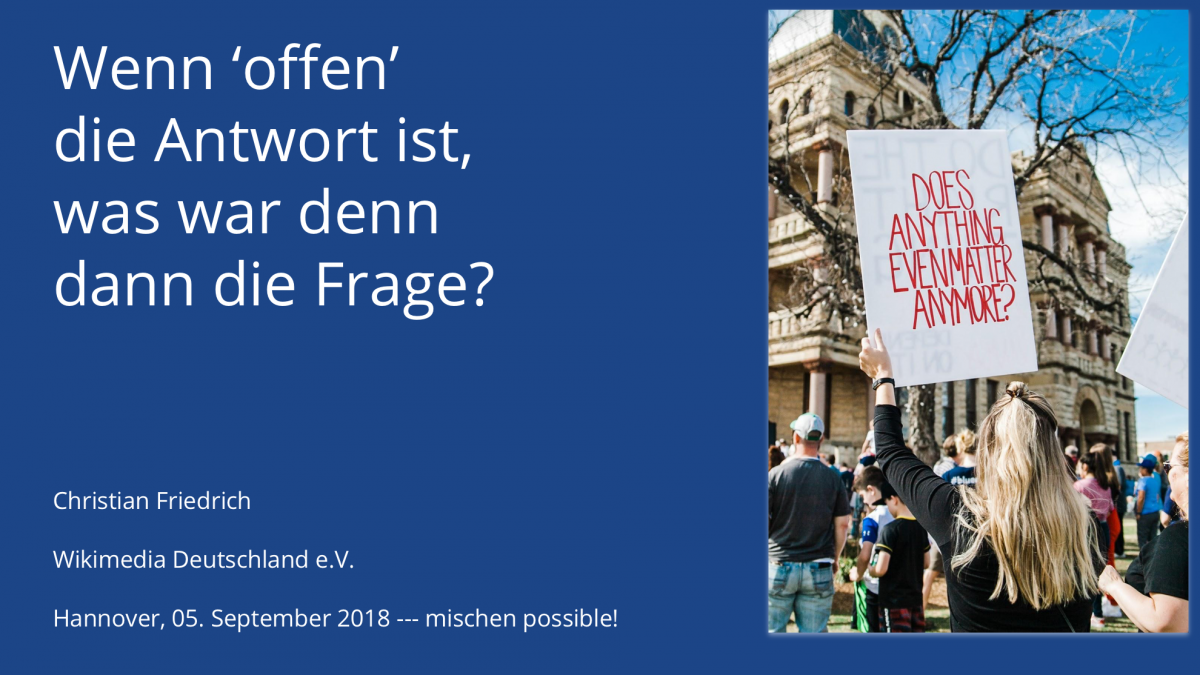 tl;dr: I tried to pin down some thoughts from a podcast we recorded a while back and slipped into a comparison of OpenEd scenes in Germany and the rest of the world, especially the UK and the US. I then pulled myself together and even managed to link to my own work that I presented at #OER16

In the middle of December 2015 Markus Deimann and I invited Martina Emke as a guest to our podcast (we record the Podcast in German as it is our native language). While Markus and I usually just ramble on about what has been happening in between recordings (a theme we copied pretty much from the early concept of the mostly fabulous TIDEPodcast), we aimed to focus the discussion a bit this time. At the bottom of this page, I embedded the podcast recording.

At the time of the recording, the OER17 conference committee were still reviewing the submissions and it became pretty clear that this will be an inspiring conference which will send its delegates home with new perspectives, ideas and experiences on everything open in education. After last year’s OER16 which was themed around Open Culture, OER17 now tackles important questions around the Politics of Open. As many have noted before me, a theme that could not come with better timing.

Also, the German Federal Ministry of Education and Research had just launched a program aiming to foster and facilitate production and use of OER in the German educational landscape. In short, a project called OERInfo is supposed to make OER in Germany more visible to educators and other stakeholders while a decentralised effort to qualify educators is undertaken within educational institutions. Leuphana University, where I am employed, is part of a joint project with two other German universities that combines an approach of Service Learning with the use of OER. This program by the ministry is very much focused on content as well as training of staff. More far-reaching concepts like pedagogy, connectedness, a shift of dynamics in the teacher-student relationship or learning in networks find only little, if any mention in this program. I think you can safely say that most experts and initiatives in Germany are content-driven, while also considering licensing and infrastructure to host and disseminate the content. END_OF_DOCUMENT_TOKEN_TO_BE_REPLACED